Tom Levitt is a writer and consultant on responsible business, a field he has worked in since leaving Parliament in 2010 after 13 years as a Labour MP. In 2015 he helped to found the anti-poverty social enterprise, Fair for You, and has held several positions as a charity chair and company director. His current book is ‘The Company Citizen: Good for Business, Planet, Nation and Community’. As a consultant his clients have included major businesses, think tanks, councils and charities, and he's carried out ground-breaking research on the role of small businesses in the community.

Currently he is a member of the independent sustainability advisory panel for Walgreen Boots Alliance and sits on the British Standards Institute committee looking at the measurement of social value.

Starting his career as a science teacher in secondary schools, Tom lives in West London and is a season ticket holder at Brentford FC. His latest play, ‘PowerPlay’, a post-Brexit political tragicomedy, was performed in the Camden Fringe this summer. 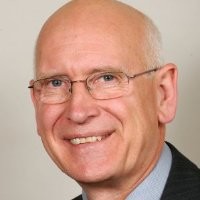 Anyone and everyone, an event for all staff, students and our local business community...

'It used to be said that business had to choose between being profitable and ‘doing good’. Today, and in future, it’s no longer a choice: ‘doing good’ is not only essential for the planet and society but it's the route to long term profit, too.'

You must login to see and book workshop dates.

This workshop is provided by

There are no dates currently scheduled for this workshop.

This workshop is provided by